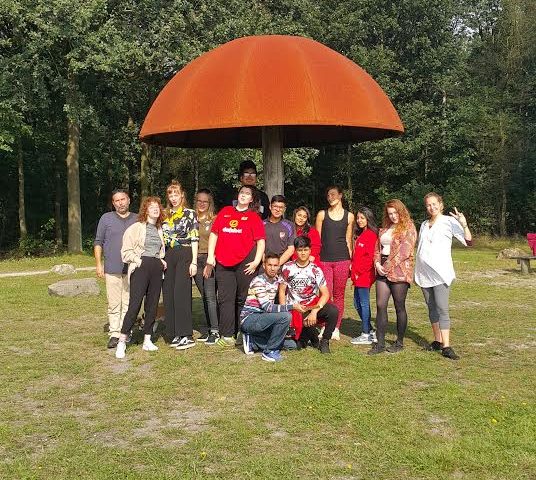 #BridgingBlackburn was a collaborative project which brought together young people interested in social action from SLYNCS and a site-specific theatre company from the Netherlands – PeerGrouP.

#BridgingBlackburn was an evolving project which aimed to give participants space to explore, grow and creatively respond to what they discovered along the way.

SLYNCS (Strengthening Links between the Youth and Networks, Communities and Specialists) supports young people to develop and deliver projects which tackle issues which they and those in their communities face. Through #BridgingBlackburn, supported by Culturapedia, SLYNCS worked alongside PeerGrouP, arts practitioners from the Netherlands in order to share, (re)discover and celebrate the communities and context in which they live.

Through a series of conversations via Skype and site-visits between Blackburn and the rural town of Donderen, Netherlands the group considered how to build bridges between different communities, cities and countries. One such difference (and similarity) which was explored through #BridgingBlackburn was the generational divide – particularly in reference to approaches to the digital world. The young people from SLYNCS were from, the so-called, Generation W (born from 2000) and their relationship with the digital is fluid, significant and ‘natural’. #BridgingBlackburn embraced this and encouraged the use of digital tools to nurture the building of relationships across the different countries involved.

The group shared their experiences through a piece of site-specific theatre in Summer 2017.

Read more about #Bridging Blackburn on their blog