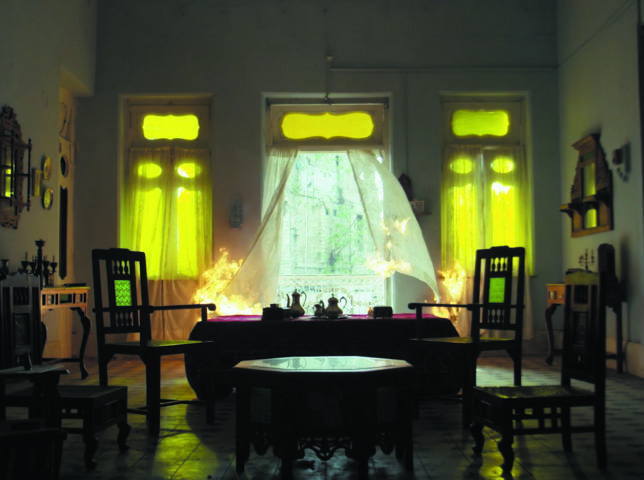 A work by Sharmeen Obaid-Chinoy, Personal reflections on Partition

In this unique and deeply beautiful immersive exhibition, two-time Academy Award-winning filmmaker Sharmeen Obaid-Chinoy reflected upon the largest mass migration ever witnessed, marking the 70th year since it took place. HOME1947 put a human face on history, and asked what it means to find and feel at home.

More than 10 million people were displaced in 1947 during the creation of two new independent states, India and Pakistan. HOME 1947 brought a powerfully personal perspective to their collective story – through a series of short drama and documentary films, a gallery installation, and an elegiac reimagining of a century-old house, recreating the long-lost sights, sounds and smells of what millions once called home.

As the refugee crisis continues to affect millions across the world, HOME 1947 showed us this world not through the words of historians and politicians, but through the eyes of those who lived through it.