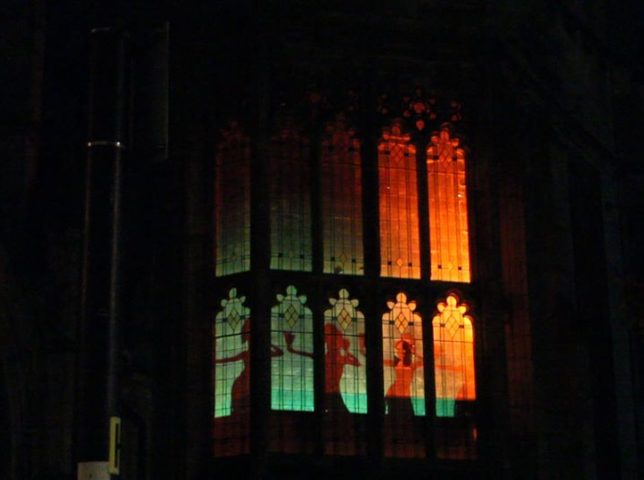 An interactive light work for the Cotton Exchange in Blackburn.

Over Autumn 2018 Artist Jenny Kagan worked with art students from Blackburn College, to create an interactive light work for the Cotton Exchange in Blackburn.

Projection lights up this magnificent space that has lain dark and dormant for several years, highlighting its future as a beacon for the town. Used as a cinema for many years, the Exchange once again flickers with light and moving images but this time the stars are the young people of Blackburn.

Passers by were invited to bring the building to life by pressing the doorbells found on nearby lamp posts, illuminating the building with changing projections that captured the creative lives of our younger residents.

Projection launched on 15th December as part of Blackburn Light Festival and continued until February 2019.