A Rhapsody To The Leeds & Liverpool Canal

The piece was performed at King George’s Hall, Blackburn. With hundreds of Blackburn’s voices  heard from the stage, including Blackburn People’s Choir accompanied by school children from Ashleigh, Cedars, Lower Darwen, St Silas and Intack Primary Schools. The local talent were joined by internationally acclaimed soprano Amanda Roocroft, while music was provided by the award-winning Brighouse & Rastrick Brass Band, Bhangra pioneer and tabla player Kuljit Bhamra and renowned cellist Jonathan Aasgaard to form a truly unique musical celebration of the canal’s bicentenary. Ian McMillan himself was there to tell the story of the country’s longest waterway that took almost half a century to build; its tragedies, its triumphs and the personal stories along the way, past and present.

Here you can read the poems as well biographies of the contributors. For more information about the project go to… https://superslowway.org.uk/projects/super-slow-way-rhapsody/ 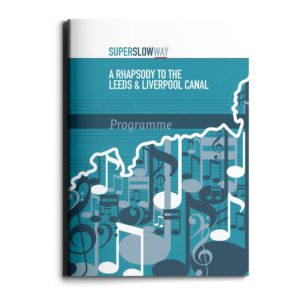