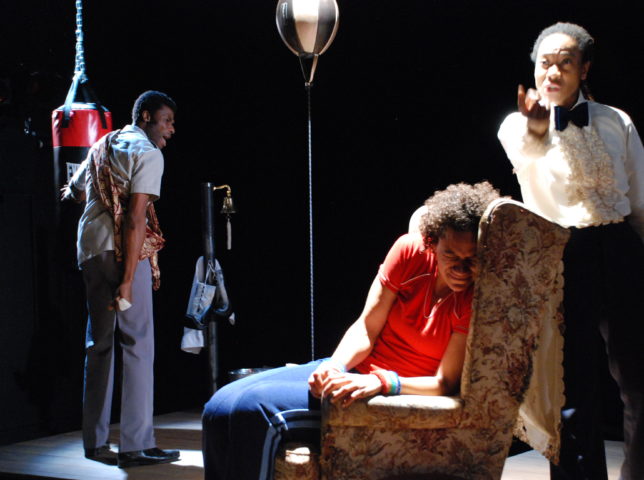 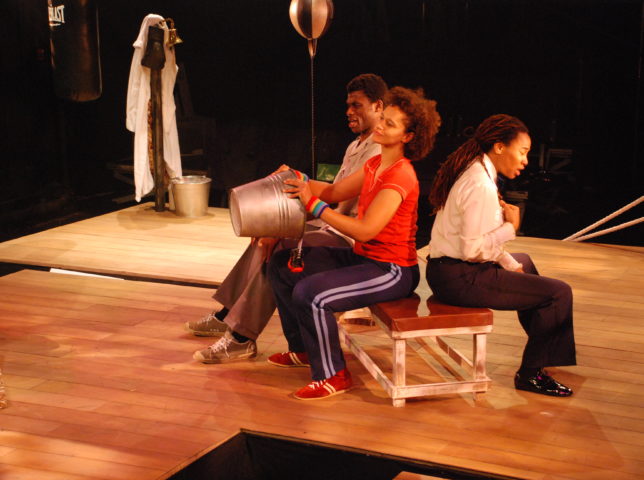 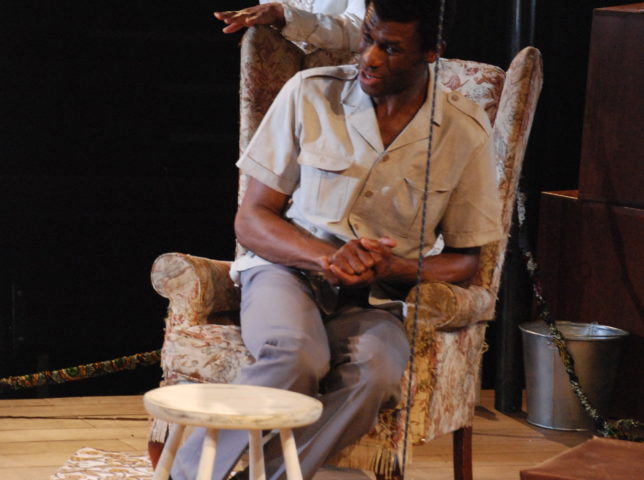 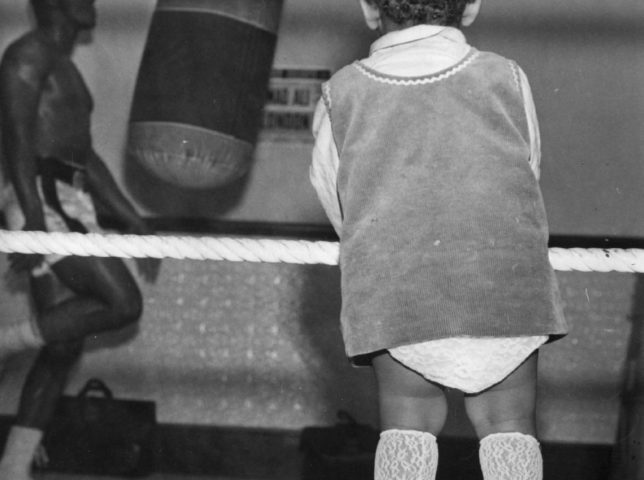 Muhammad Ali and Me is the coming-of-age story of a young, black, gay girl growing up in foster care, and her fantastical friendship with the legendary boxer Muhammad Ali, ‘The Greatest’.

Muhammad Ali and Me is the coming-of-age story of a young, black, gay girl growing up in foster care, and her fantastical friendship with the legendary boxer Muhammad Ali, ‘The Greatest’. After sell-out performances in 2008 at Ovalhouse theatre in London, a revised version of the play returned for a national tour of boxing gyms in North West and southern England after a ten show run in London. Written and performed by acclaimed writer and actor Mojisola Adebayo with the Ali Collective, Muhammad Ali and Me is staged in memory and celebration of Ali, who died in April 2016.

Directed by the choreographer and theatre director Sheron Wray, the play also stars renowned actor Charlie Folorunsho, and Jacqui Beckford who integrates BSL (British Sign Language) interpretation into her performance at every show.

In the North West, Muhammad Ali and Me toured three boxing gyms and a youth centre, a special tour within-the-tour produced in association with idle women, the Lancashire-based organisation who create contemporary art with women.

The tour visited St Helens, Blackburn, Accrington and Burnley and played in boxing gyms, two of which are located in vast abandoned industrial mills. idle women hosted a residency for Adebayo onboard the Selina Cooper, their floating arts centre on the Leeds & Liverpool Canal, during which she attended Kokoro,  the Accrington boxing gym, learning Ali’s ‘moves’ from the UK’s only professional female boxing trainer. Adebayo was reunited with many of the women she worked with over the summer in Lancashire.

Mojisola Adebayo is an international performer, playwright, director, producer and teacher concerned with power, identity, personal and social change. Her wide and diverse work has ranged from being an actor with the Royal Shakespeare Company to co-founding VIDYA, a slum dweller’s theatre company in Ahmedabad, India. In 2005 playwriting became her primary focus, including her landmark production, Moj of the Antarctic: An African Odyssey, which was researched in Antarctica in 2005 and performed at Lyric Hammersmith, Oval House Theatre, Queer up North and had a British Council African tour. This was followed by Muhammad Ali and Me (Oval House) and I Stand Corrected, commissioned by Artscape, South Africa (Oval House).

13.00 Matinee for women only (access via stairs – no lift). Performance for women and girls with Urdu scene synopsis.

Tickets from www.eventbrite.com or on the door by donation.