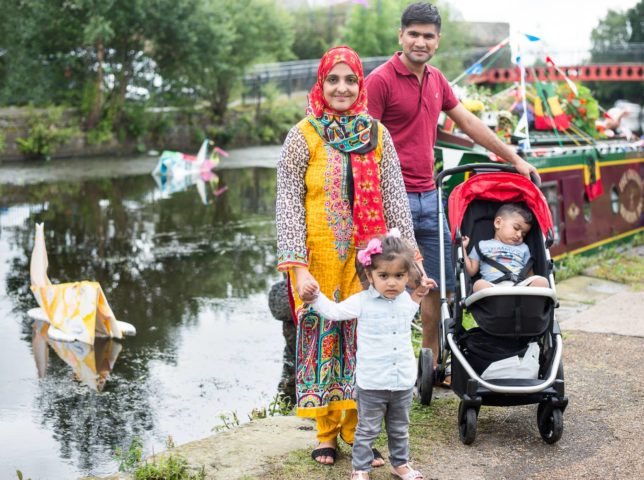 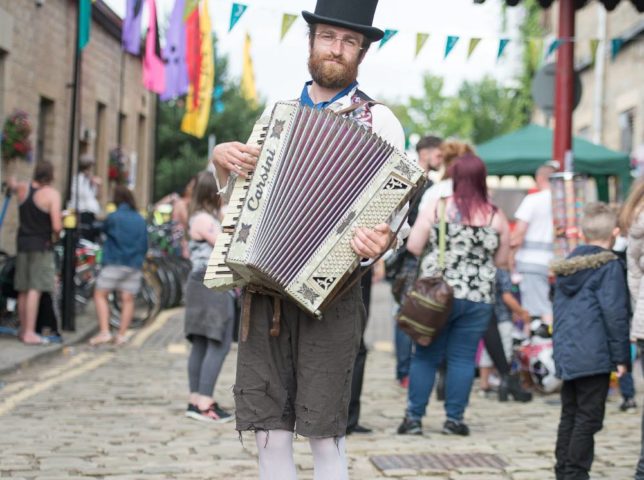 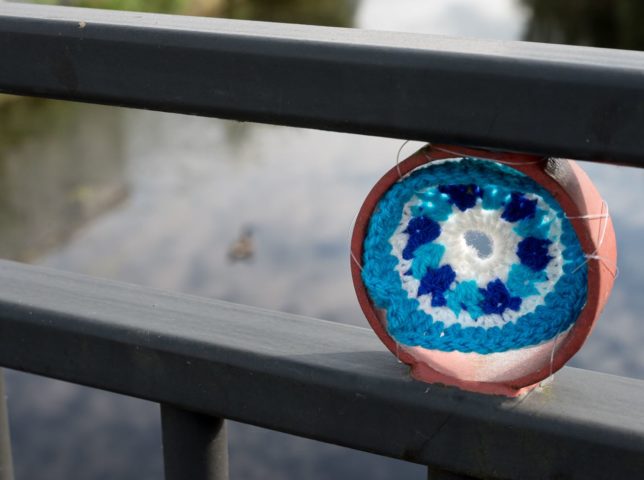 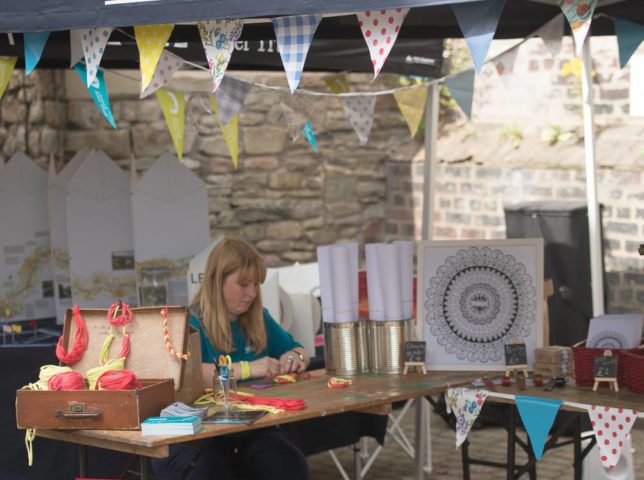 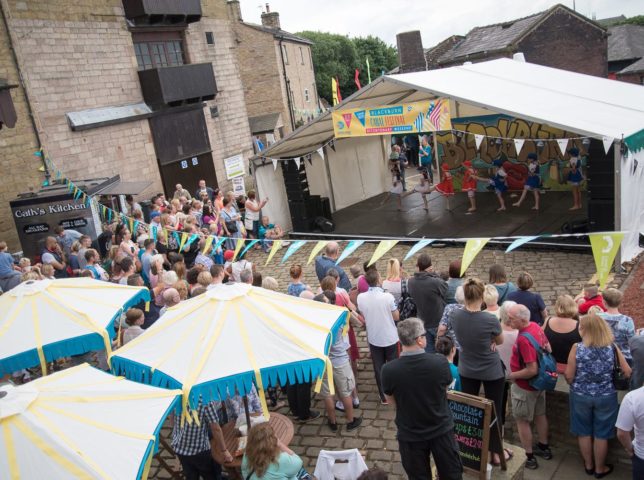 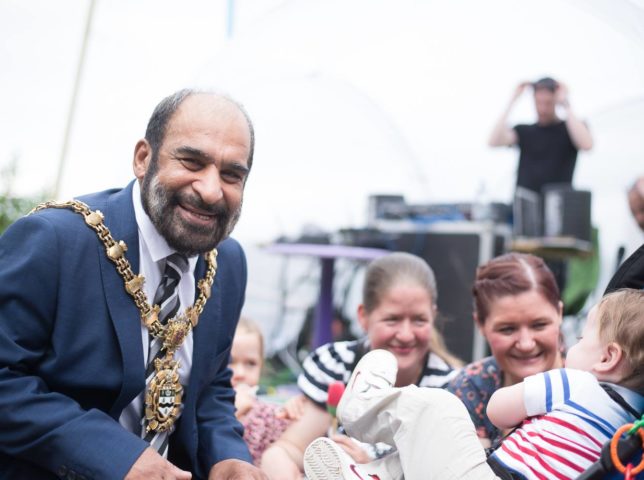 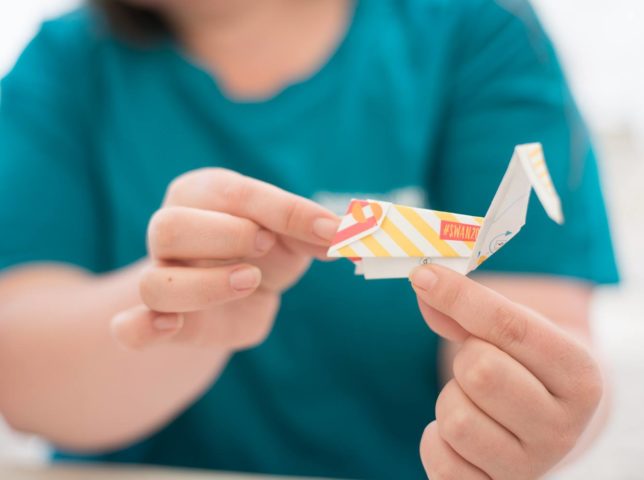 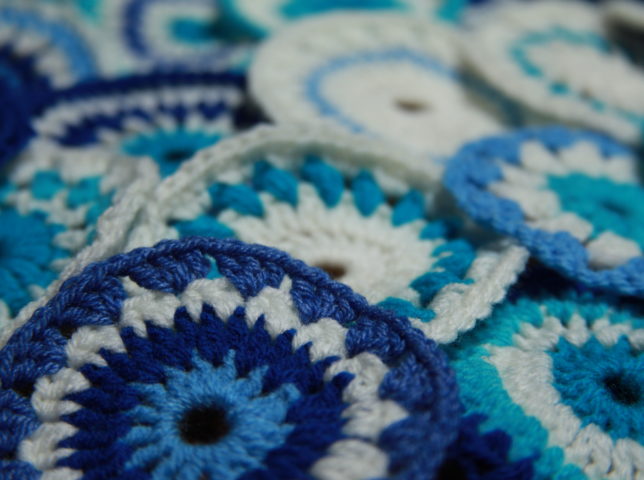 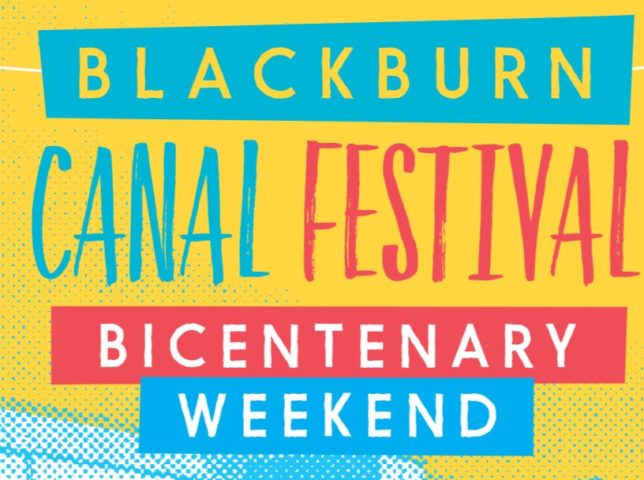 Blackburn Canal Festival was done the Super Slow Way in celebration of 200 years of the Leeds & Liverpool Canal.

The banks of the Leeds & Liverpool Canal were brimming with activity on 23rd – 24th July, when music, art, workshops and food took to the tow path in celebration of 200 years of our wonderful waterway, with the addition of some extraordinary origami swans!

Among the attractions was the Look Back Historical Walk, a Proper Job promenade performance in collaboration with DAPA dance and performing arts students which brought the history of the canal to life. Gypsy Carrot created an installation that celebrated the interaction of man and nature on the canal and offered a workshop using recycled materials.

The Blackburn Canal Crochet Canal Wheels was a series of 200 new, site-specific crocheted circles along the canal and artists Rachael Elwell and Nic Chapman helped people to create their own crochet circles throughout the weekend. Visitors were also treated to the physical vignettes of the Bo Sisters by the Axial Dance Company, who weaved, tottered, knitted and yarn bombed in their quest to find their flock.

All this was in addition to stalls from local traders, food, games and activities looking back at the rich history of the canal and forward to the future of Eanam Wharf, with the launch of a new Canal Activity Hub and canoe centre.

Six groups in Blackburn, including artist Cath Ford and her group Creative Support, created some six-foot, floating origami swans that were floated in a procession down the canal. People were invited to create their own paper swans that accompanied the bevy by using the festival leaflet.

Visit the Blackburn Canal Festival website and make your own origami swan!