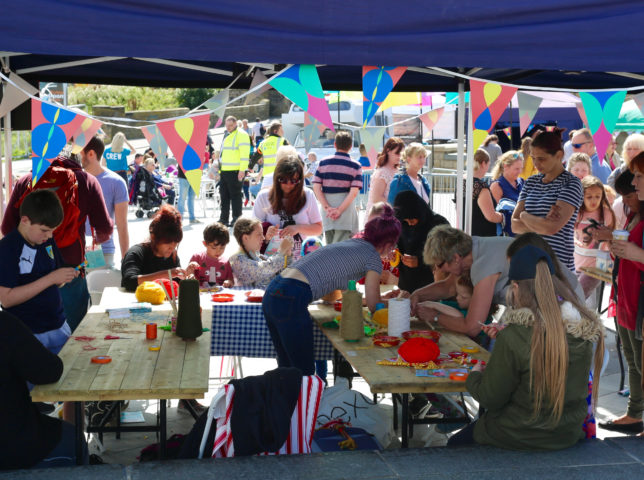 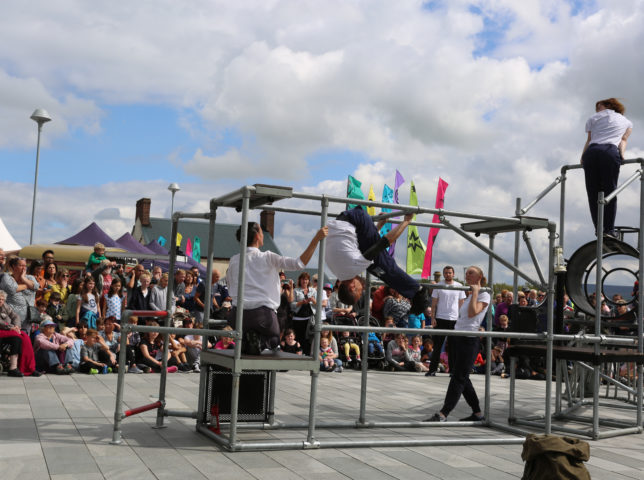 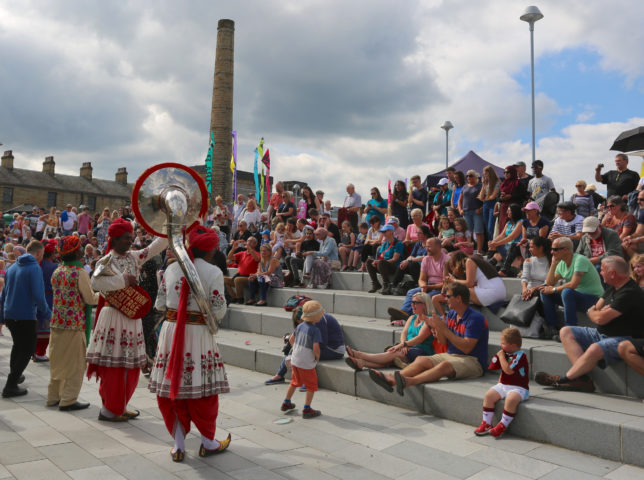 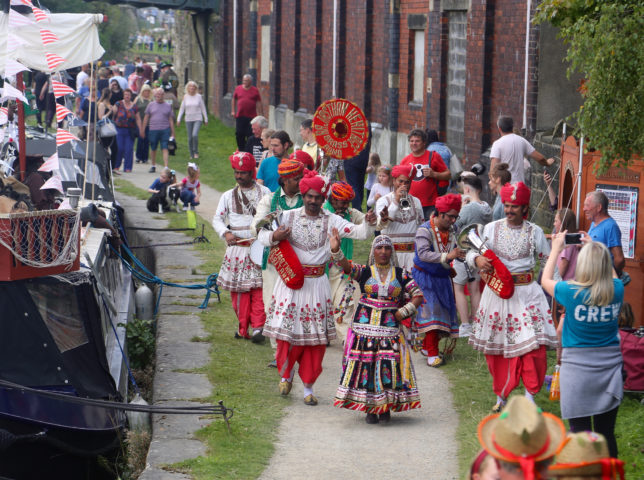 Folk dancing meets hip hop…  A performing troupe of free runners…  Giant papier mache birds….  And a heritage brass band from Rajasthan!  What do they have in common? They were part of Burnley Canal Festival, which takes a regular delight in the unexpected, especially when it promotes some aspect of canal culture but does it with a contemporary twist…

The Festival returned in August, when this dynamic celebration of Burnley’s peerless canal heritage occupied its regular slot on the Bank Holiday weekend.

“What a great time our family had, with new and unique experiences, not your run-of-the-mill local festival…”

Launched in 2012, the Canal Festival has grown each year, steered by volunteers and supported by partners including Burnley Council and Canal & River Trust. More than by 12,000 people thronged the canal towpath for the 2017 event, held over three sites linked by narrowboat rides and an Explorers’ Trail for all the family. 2018 was a bit different, as MPA Creative Director Nick Hunt explained.

“This year we will focus on Sandygate Square as the heart of the Festival.  Two other sites are not available to us in 2018, but Sandygate was designed as a public event space and we want to realise its full potential.  It is ringed with wonderful heritage buildings, and we want to showcase some more of that to Festival goers.”

All the Festival ingredients returned, with lots of opportunities to have a go at arts and crafts workshops, plus music, performances, street food, stalls, canoe taster sessions, narrowboats and more.  Once again, the Towpath Explorers devised a mystery quest, to encourage all the family to explore some of Burnley’s brilliant canalside. Festival entry was free and most activities were also free.

“The best family event I have ever been to! We had the best day ever, lots of laughs, great chat, mega fun! We will be back next year! “

Burnley Canal Festival is co-produced by Mid Pennine Arts and Deco Publique in collaboration with the volunteers of the Festival Committee representing local communities.

Burnley Canal Festival – Save the date!