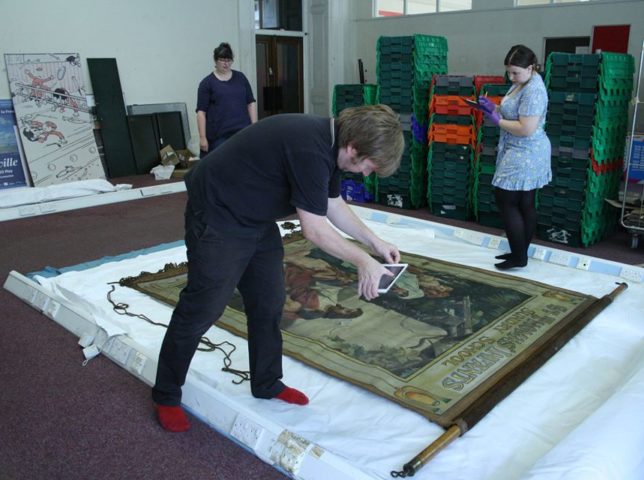 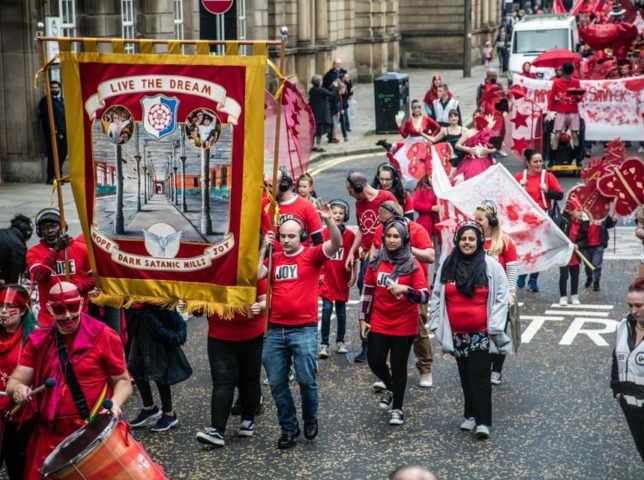 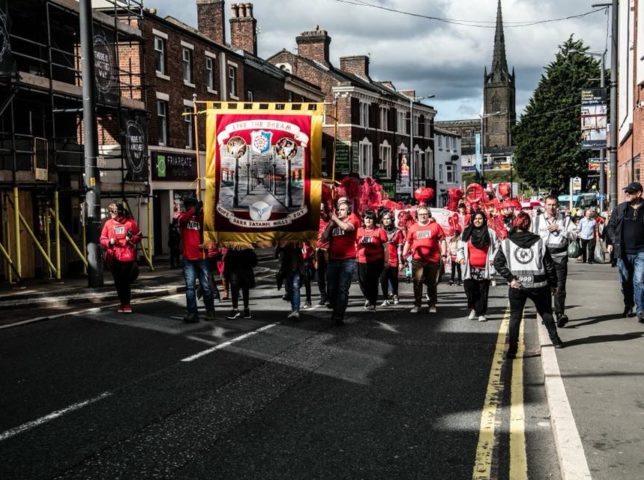 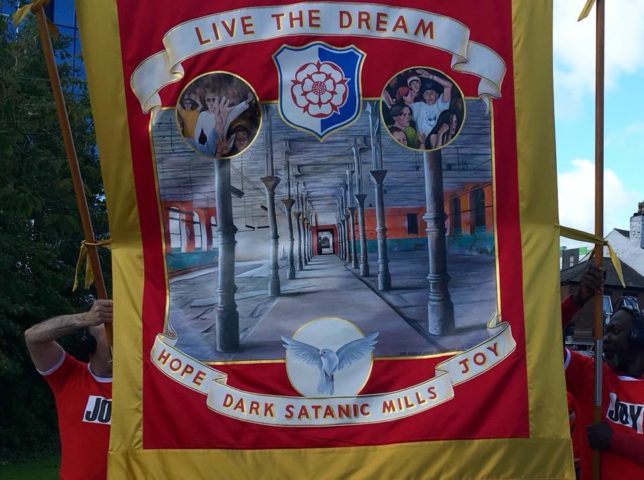 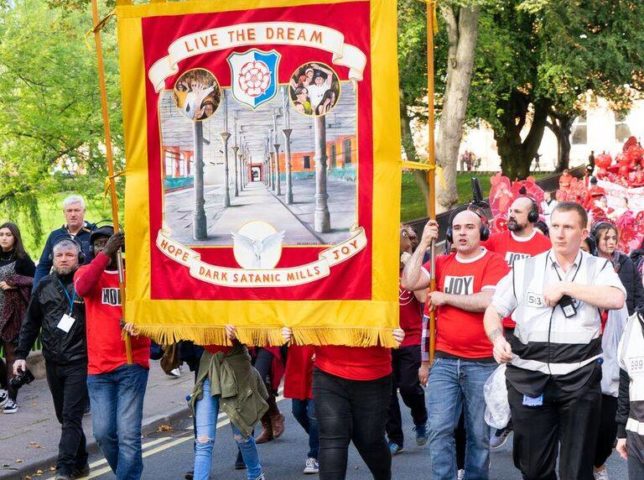 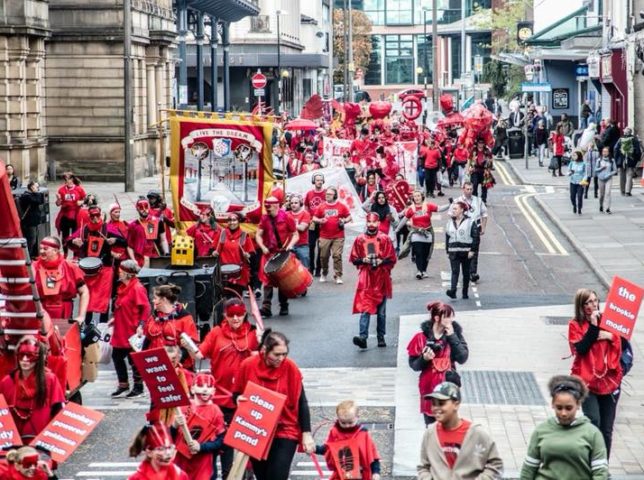 Through out 2018 and 2019 we worked with Blackburn based artist Jamie Holman on a co-commission with Lancashire Encounters Festival, exploring the politics of fabric through the collections at the Harris Museum, Preston & Blackburn Museum.

In 2018 Jamie created a trade union style banner which was processed during the Lancashire Encounters Festival in September 2018, made in response to the protest banners held in the museum collections at the Harris in Preston & Blackburn Museum. Connecting William Blake, The Temperance movement, sports fashion and rave. This new work investigated the legacy of acid house in the Lancashire towns where the youth culture explosion began thirty years ago.

Throughout 2019 Jamie will continued to develop this work. Live the Dream explored what happened when the disenfranchised working class youth of the north reclaimed the spaces cotton had abandoned and filled them with a new community of music & dance. When the deserted mill buildings of Blackburn were given new purpose, and the spaces became synonymous with joy & hope. Thirty years after Acid House this body of interdisciplinary work, created through an authentic engagement and co-production process with the people ‘who were there’ was exhibited as part of the first British Textile Biennial in October 2019.

Live The Dream – a blog from artist Jamie Holman

Looking is different to seeing: Blog #3 from Artist Jamie Holman